The format is 3 regular games, then 6 Baker games, with the total pinfall determining who gets to advance to Districts. Only 6 teams get to move on. Picking up spares is always the key to winning in tournaments, and although we had a few low scoring games in the regular round and in Bakers, the boys bowled pretty well again today to advance to the District Championships next week!

Senior Ethan Rowe was pretty consistent to say the least in his 3-game set, when he shot very nice games of 218, 216, & 217! Great job! Junior Dylan Wood was only 5 pins behind his teammate, when he busted out an awesome 235 game to start, then rolled a 196 and a very nice 215! His 646 series is Dylan’s highest 3-game total of the season! Way to go! Senior Tyler Jurmu began his day with a great 208 and then finished his series with a 169 & 153! Sophomore Tanner Back had the highest game on the team today with an amazing 244 for his 1st game (also his highest game of the year), and then tossed in a 157! Senior Luke Lawson bowled a 173 game, and Senior Braeden Wills threw a 167! The boys were in 1st place after game #1, 2nd place after #2, but dropped to 4th after game 3.

The tournament was tight within the top 4 teams and no more than 50 pins separated 1st thru 4th place. That’s when the Middies turned it up a little and had a pretty good Baker round, with a very nice 221, followed by a 154, 167, 177, then another awesome game of 234, and finished it off with a 203! This helped the team slide into 3rd to finish the day! Great job boys!

The team will travel to Beaver-Vu Bowl next Thursday morning for Districts. Unfortunately, no spectators are allowed, so we will try to livestream the event. Please root on your Middies from home! 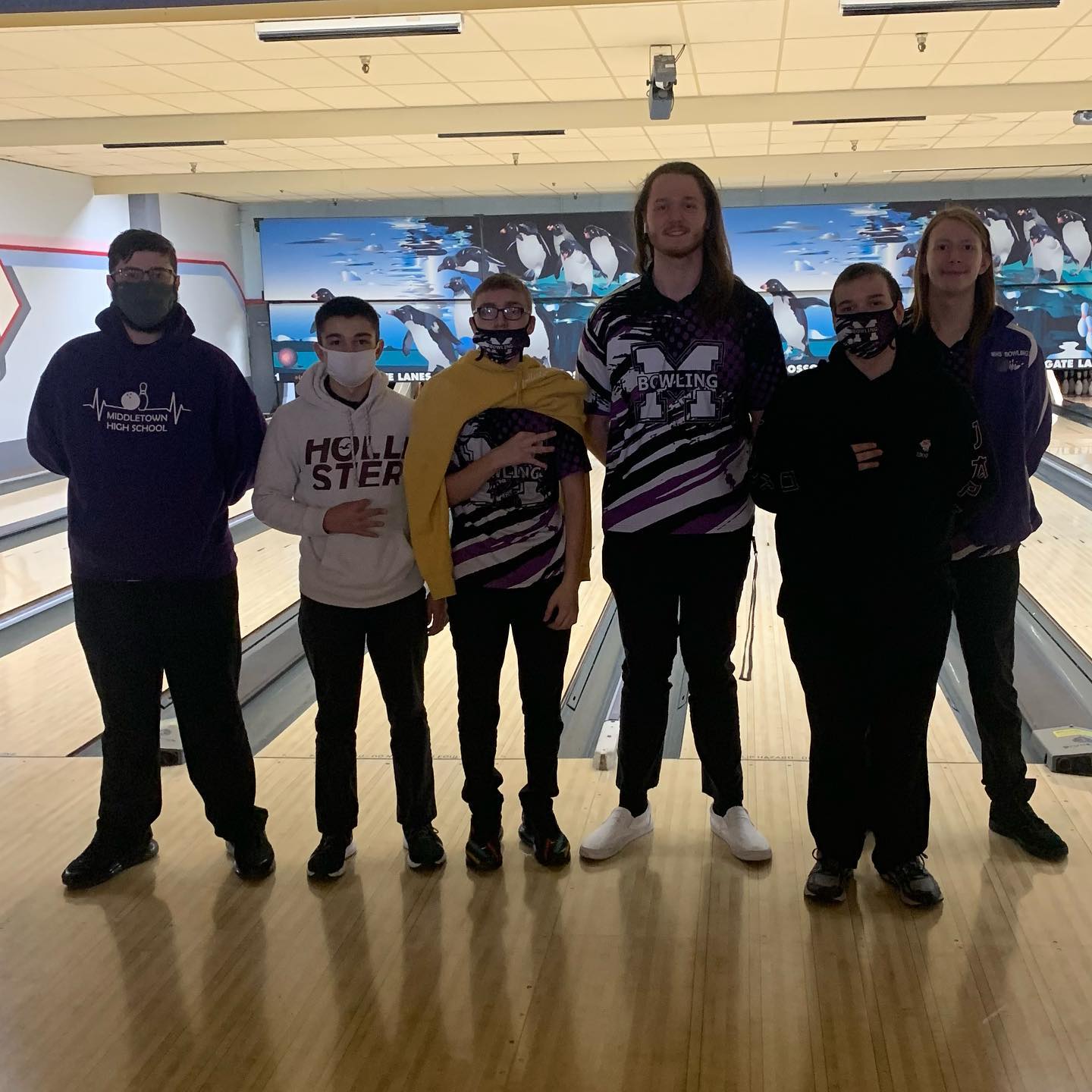