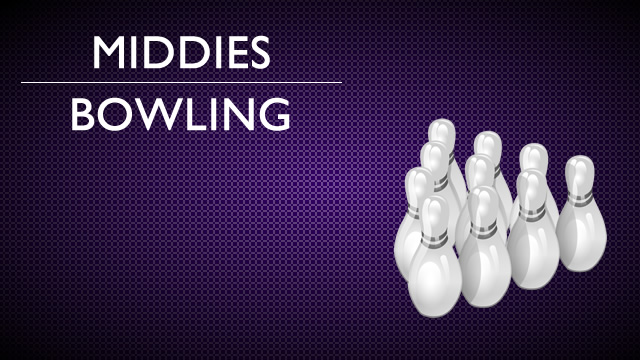 The Middletown Boys Varsity Bowling team defeated Lakota East on Senior Night at Eastern Lanes, and in doing so, are Co-Champs of the GMC!

Today was a great day! We celebrated 5 Seniors on the Boys Varsity squad, won a very close match, finish with another high overall record, and are GMC Co-Champs! What could be better? Senior James Prater wanted to go out with a bang by having another showing this week, throwing games of 232 & 222! That’s a 454 series and a 227 average! Great job! Senior Austin Smith bowled great also, posting a very nice 215 & a 204 game! Senior Matthew Minor came out firing with a 211 and finished his day with a 161! Senior Jacob Cowgill struggled the first game, but shot a good 172 second game! Junior Ethan Rowe rolled a 165, and not leaving out our last Senior, Nathan Weiland bowled a 139!

Unfortunately, the Thunderhawks were not letting up, because if they were to win the match, then they were the ones that would be Co-Champs instead of the Middies. And due to major lane breakdowns and time restrictions, we were only able to bowl 2 Baker games. The match was close, with our boys up only 38 pins going into the next round, but your Middies turned it up a notch and fired a 219 & a 195 to seal the win! Both teams wished that we could continue on, but we were forced to end the match where it stood.

The Boys Varsity team finishes with a 16-2 overall record, and 7-2 in the GMC, tied for 1st place! Fantastic job boys!

The boys will participate in the Sectionals Tournament next Wednesday, February 19th at Crossgate Lanes. Start time is 9:00am. Hope to see you there!